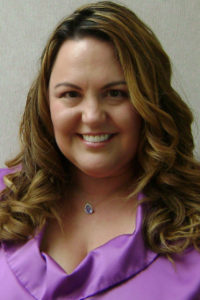 Why You Joined JLS:
I joined with a group of women from Leadership Springfield who wanted to make a difference in the community.

Favorite JLS Event:
I have loved doing DIADs like the OTC project and working with the young women in the community who need advice.

Favorite JLS Memory:
Sending some quality time with other women at the old Plaid Door.

Life Outside the League:
I attend a local church, and help with several non-profits through by “day job” as the news director at KY3 and KSPR.

Fun Fact:
Even though my job is usually at the station and not out covering news in the community, I’ve still witnessed a few of the biggest news events in our lifetime. I was in Virginia when the U.S.S. Cole was bombed and was there when the victims and survivor’s families went to Washington D.C. for Veteran’s Day. I stood 50 feet from the President as he laid the wreath at the Tomb of the Unknowns and was there for the groundbreaking on the WWII Memorial. I’ve been on an aircraft carrier as it came back to Norfolk, VA after 9/11 and bombing in Afghanistan. I’ve been on a news helicopter as we searched for sharks off the coast of North Carolina. I was on the coast for Hurricane Katrina, in several tornadoes throughout the Midwest, and was sent to the Pentagon to help with news coverage after 9/11. I’ve seen, in person, four of the last six President’s (No President Obama, and, so far, no President Trump though he’s been to Springfield twice).