In April 1959, five women joined together to form the Community Service League of Springfield, Missouri. Their vision: to make a positive contribution to Springfield through their voluntarism and fund raising efforts.Would these five, even in their wildest dreams, imagine the impact their organization would make in the decades to follow?

The Community Service League was accepted into the Association of Junior Leagues International in 1976, becoming its 231st member. The earliest fund raising efforts of selling fruitcakes evolved into multi-faceted, full-fledged businesses. Annual membership grew from 6 to 600. 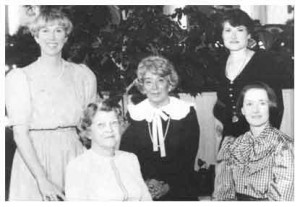 The Junior League of Springfield was instrumental in developing these projects and programs designed to benefit the Springfield community.