The Junior League of Springfield has taken the first steps towards increasing cultural consciousness within our membership. 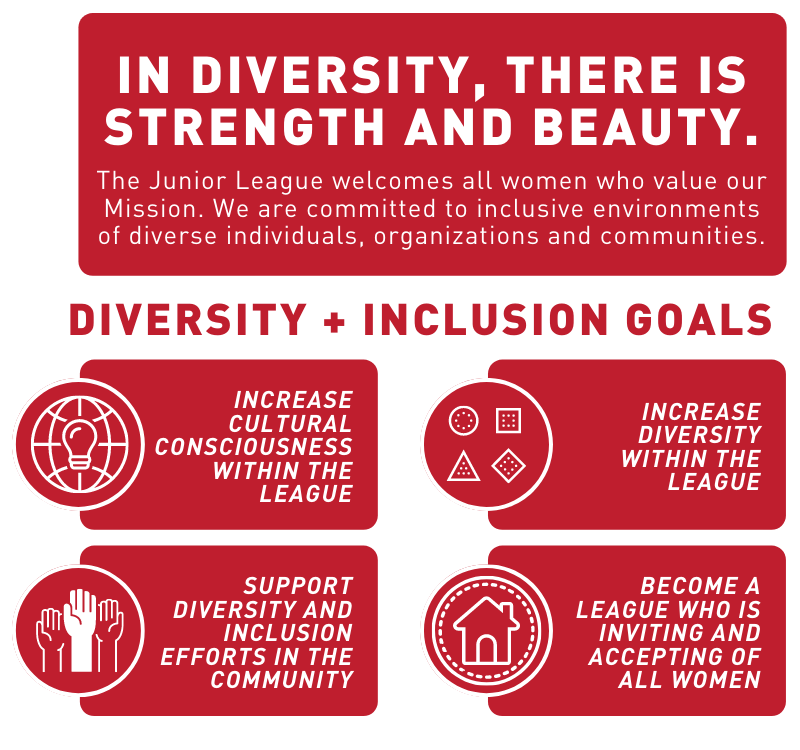 During 2017-2018 league year, we adopted the following commitment statement:

Diversity & Inclusion Statement: The JLS welcomes all women who value our Mission. We are committed to inclusive environments of individuals, organizations and communities.